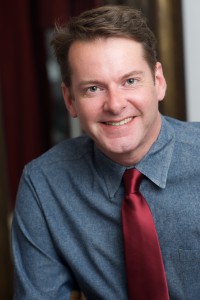 John Conroy is a seasoned and accomplished communications professional with an extensive background in digital media, entertainment, publishing, technology and financial services.

He has secured coverage for clients across a broad spectrum of influential outlets, from Entertainment Tonight and The TODAY Show to Gawker, Digiday and Huffington Post.

With more than 8 years as a senior leader of the Los Angeles Times communications team, Conroy oversaw PR campaigns for the company’s digital initiatives and product launches, entertainment industry and consumer events including the annual Hero Complex Film Festival, Festival of Books, and Envelope Screening Series, as well as day-to-day media relations.

In the digital media realm, he has worked in-house, on the agency side or consulted for companies ranging from start-ups to Microsoft, and experienced the evolution of digital media first-hand – from the SD to HD conversion to emerging technology transforming the industry today.

As the award-winning Director of Music & Digital Entertainment for Rogers & Cowan, he represented clients such as Napster and the Windows Digital Media Division, in addition to developing extensive red carpet talent and media relations skills including the Grammy Awards and the Elton John AIDS Foundation Academy Awards Viewing Party.

Conroy has also written for video games, TV and the stage as well as for marketing publications. He is well-versed in film, television, audio, and video production; photography and design; and music supervision. He has extensive improvisation and performance experience, and is a skilled teacher and coach.